1. Library Catalog (catalogusmai)for the following collections -- tip: Use the "Named Collection" menu to narrow your results to a specific topic or format, Ex: Bafford (Photography books and serials):

Fanzines, University Publications, Newspapers, and Radical Literature. See descriptions of these collections in the section below. 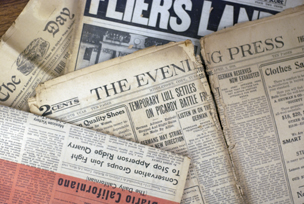 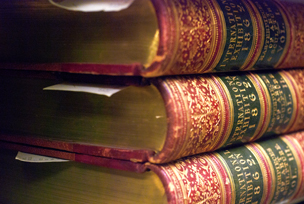 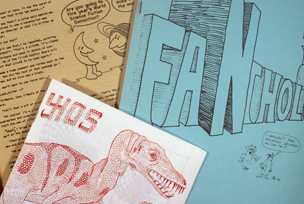 UMBC holds the back issues of the titles collected by the Alternative Press Center (APC) from its beginning to five years prior to the current year (e.g. if the year is now 2015, we have up to 2010). The APC is a non-profit collective dedicated to providing access to and increasing public awareness of the alternative press. Founded in 1969, it remains one of the oldest self-sustaining alternative media institutions in the United States. The Alternative Press Index (API) is recognized as a leading guide to the alternative press in the United States and around the world. There is an API in print form for materials from 1971-1991 [available at the Reference Desk] and online access to the API from 1991-the present [use API search below]. Periodical titles appear in the catalogusmai with the location Special Collections - Alternative Press.

The Arnold/Howard Collection is comprised of publications on Maryland history. The initial collection was purchased from the estate of the late Edward G. Howard. These books appear in the catalogusmai with the location name Special Collections - Howard. In 2004, the collection was renamed the Joseph L. Arnold Maryland Collection, to posthumously honor Professor Joseph Arnold, a noted Baltimore historian and history professor at UMBC. Works added after 2004 appear in the catalogusmai with the location Special Collections--Arnold. Included are many 18th and 19th century accounts of travel through Maryland which are described in a printed catalogue, Next Stop Baltimore. Numerous local histories are represented as well.

One copy of all UMBC masters theses and doctoral dissertations are stored in the University Archives; additional copies may be available in the Library Stacks (call numbers FOLIO LD3231) or through the Digital Collections. All of the print copies are catalogued by author and title in the Library Catalog (catalogusmai) and links to available digital copies are being added to these records.The print copies date to the first advanced degrees awarded at UMBC in 1976 and digital copies begin in 2007.

The holdings in the Special Collections General Collection are an eclectic mix of rare books, maps, early serials and other material deemed too fragile or valuable to be in the Library's general collection. Early printed works, artists' books, first and limited editions from a variety of disciplines are found here. Books and serials appear in the catalogusmai with the location Special Collections - General. Search for maps here.

Donated by Edgar A. and Kathleen Merkle in memory of their daughter Shirley, this collection of 18th and 19th century English graphic satire centers around the work of George Cruikshank. Other artists represented in the collection include Rowlandson, Gillray, Hogarth and "Phiz." Most of the volumes include engraved illustrations, many of which are hand colored. Books appear in the catalogusmai with the location Special Collections - Merkle.

Books written or contributed to by members of the University community are actively collected. Books appear in the catalogusmai with the location Special Collections - Faculty/Staff Publications.

The comic book holdings in Special Collections include early issues from the Golden Age of Comics, underground comics from the 1960's and issues of popular comics from other countries. See the Guide to the UMBC Comic Books Collection for more information.

The Walter Coslet collection of amateur science fiction magazines (fanzines) collected over the thirty-five years from 1937-1972. The magazines and amateur press mailings contained in the collection represent what was widely held to be the largest and most complete collection of its type in the United States. The most important parts of the collection are the long runs of the Fantasy Amateur Press Association (FAPA) mailings,Spectator Amateur Press Society, Vanguard Amateur Press Association and sets of fanzines issued prior to World War II. Writers who would later become prominent in the field active in the amateur press include Ray Bradbury and Frederik Pohl among others. Among the pre-1940 magazines are a nearly complete set of the publication of R. H. Barlow's Dragonfly Press; a complete set of the The Time Traveler and three of the five issues of The Planet, the first amateur magazine known to have been published. Of the many sets of fanzines from the late '30's and early '40's almost all sets are complete.

Peggy Rae Sapienza was a science fiction fan, fanzine publisher, and organizer ("runner") of cons (science fiction conventions and trade fairs). Her father, Jack McKnight, was also a sci fi fan who made the first Hugo Award trophies in 1953. She published several fanzines, including her first ETWAS in the early 1960s. She and her first husband, Bob Pavlat, published fanzines as well and also collected them. Their collecting was very successful and their collection became famous, prompting them to publish an index. After Bob's death, she later married John Sapienza and continued running cons and Nebula weekends as well as energizing the Baltimore/Washington sci fi fan community. She donated her fanzines to UMBC and other items throughout the years.

Guide to the fanzine collection: Learn about sci fi fanzines in general, UMBC's collection of fanzines, and other collections of fanzines.

Special Collections is the depository for a complete run of the print holdings of the Baltimore Sun (1837-1968) and the Evening Sun (1910-1964). Additional newspaper holdings from other cities and states include the Mourat Collection of late 19th and early 20th century newspapers. An index to the titles and holdings is available. Special Collections maintains a growing Baltimore Sun Archives which includes photographs, negatives, transparencies, and archival collections documenting the Sun's history dating to 1837. For information about other historical newspapers to which the Library provides access, please see History Research Guide.

This is a collection of 19th and 20th century books, pamphlets, handbills, and other publications of political parties of the left and right.